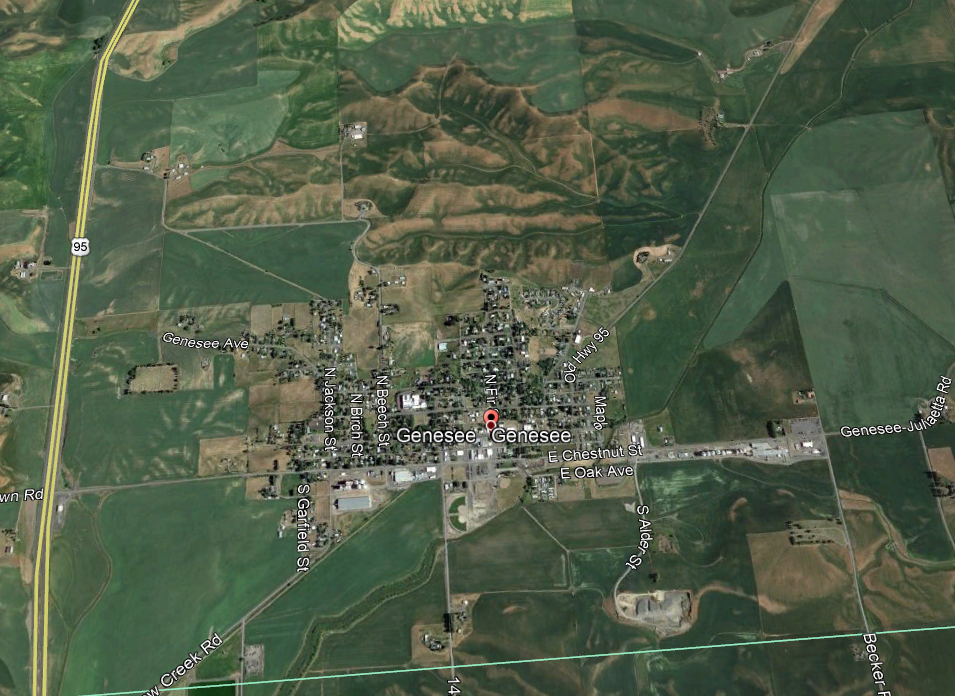 Genesee is a city in Latah County, Idaho, United States. The population was 955 at the 2010 census, up from 946 in 2000.The city was named for the Genesee region of western New York, although it may also be a modification of the biblical Genesis. The first area of permanent settlement in the county, it was incorporated 129 years ago on October 23, 1889